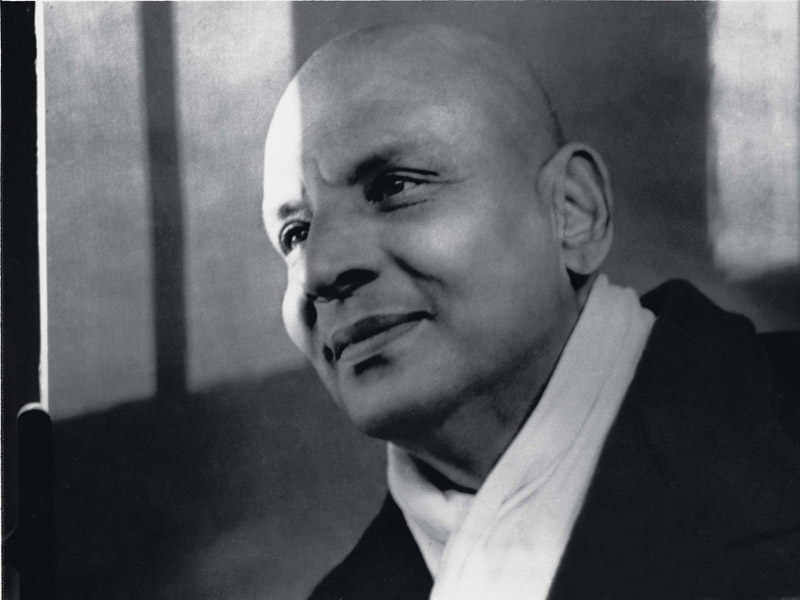 There are four Asramas or stages in life, viz., Brahmacharya or the period of studentship, Grihastha or the stage of the householder, Vanaprastha or the stage of the forest-dweller or hermit, and Sannyasa or the life of renunciation or asceticism. Each stage has its own duties. These stages help the evolution of man. The four Asramas take man to perfection by successive stages. The practice of the four Asramas regulates the life from the beginning to the end. The first two Asramas pertain to Pravritti Marga or the path of work and the two later stages—the life of Vanaprastha and that of Sannyasa—are the stages of withdrawal from the world. They pertain to Nivritti Marga or the path of renunciation.

Life is very systematically and orderly arranged in Sanatana Dharma. There is opportunity for the development of the different sides of human activity. Due occupations and training are assigned to each period of life. Life is a great school in which the powers, capacities and faculties of man are to be evolved gradually.

Every man should pass through the different Asramas regularly. He should not enter any stage of life prematurely. He can enter the next stage, only when each has been completed. In nature, evolution is gradual. It is not revolutionary.

Lord Manu says in his Smriti: “Having studied the Vedas or two Vedas or even one Veda in due order without breaking celibacy, let him dwell in the householder order. When the householder sees wrinkles in his skin and whiteness in his hair and the son of his son, then let him retire to the forest. Having passed the third portion of life in the forests, let him, having abandoned attachments, wander as an ascetic in the fourth portion of life.”

In extraordinary cases, however, some of the stages may be omitted. Suka was a born Sannyasin. Sankara took Sannyasa without entering the stage of a householder. In rare and exceptional cases, a student is allowed to become a Sannyasin, his debts to the world having been fully paid in a previous birth. Nowadays, young Sannyasins without qualification are found in abundance. This is contrary to the ancient rules and causes much trouble.

THE BRAHMACHARIN OR THE CELIBATE STUDENT

The first stage, Brahmacharya, is the period of study and discipline. The student should not indulge in any pleasures. He stays in the house of his preceptor and studies the Vedas and the sciences. This is the period of probation. The teachers in ancient India usually lived in forest hermitages. These hermitages were the Gurukulas or forest universities. The student begged his food. The children of the rich and poor lived together. The student regarded his teacher as his spiritual father and served him with faith, devotion and reverence.

The life of the student begins with the Upanayana ceremony, his second birth. He must be hardy and simple in his habits. He rises early, bathes and does Sandhya and Gayatri Japa. He studies scriptures. He takes simple food in moderation and takes plenty of exercise. He sleeps on a hard mat and does not use soft beds and pillows. He is humble and obedient. He serves and respects elders. He attempts to be chaste in thought, word and deed.

He ever engages himself in doing services to his preceptor. He refrains from wine, meat, perfumes, garlands, tasty and savoury dishes, women, acids, spices and injury to sentient creatures; from lust, anger, greed; dancing, singing and playing on musical instruments; from dice-playing, gossip, slander and untruth. He sleeps alone.

After the end of his student career, he gives a present to his preceptor according to his ability and returns home to enter the household life. The preceptor gives the final instruction and sends the student home. The teacher delivers a convocation address to the students at the conclusion of their studentship:

“You should remove the fatigue of Brahmanas who are superior to you by serving them with seats, etc. Gift should be given with faith, in plenty, with modesty and sympathy. If there be any doubt regarding rites or conduct, then look up to the lives of great men and follow their examples. This is the injunction. This is the teaching. This is the secret of the Vedas. This is God’s word of command. This should be observed. Thus is this to be meditated upon.”

THE GRIHASTHA OR THE HOUSEHOLDER

The second stage is that of the Grihastha or householder. The household stage is entered at marriage, when the student has completed his studentship and is ready to take up the duties and responsibilities of householder life. Of all the Asramas, this is the most important, because it supports all the others. As all creatures live supported by the air, so the other Orders exist supported by the householder. As all streams and rivers flow to rest in the ocean, so all the Asramas flow to rest in the householder. The Grihastha is the very heart of Aryan life. Everything depends on him.

Marriage is a sacrament for a Hindu. The wife is his partner in life. She is his Ardhangini. He cannot do any religious ritual without her. She stands by his left side when he performs any religious performance. Husband and wife keep Rama and Sita as their ideal.

A householder should earn money by honest means and distribute it in the proper manner. He should spend one-tenth of his income in charity. He should enjoy sensual pleasures within the limits of the moral law. A householder is permitted to enjoy conjugal happiness on one night in a month.

The householder should perform the Pancha Maha Yajnas. The five Yajnas are:

DEVA-YAJNA—offering oblations unto Devas, with recitation of Vedic Mantras.

RISHI-YAJNA—study of Vedas and teaching of Vedas to students, and offering of oblations to Rishis.

BHUTA-YAJNA—distribution of food to cows, crows and animals in general.

ATITHI-YAJNA—giving food to guests and honouring them.

Hospitality is one of the householder’s chief duties. He must ever feed first his guests, Brahmanas and his relatives, and then he and his wife should eat.

When the householder sees that his sons are able to bear the burden of his duties, when his grandsons are around him, he should know that the time has come for him and his wife to retire from the world and spend their time in study and meditation.

THE VANAPRASTHA OR THE RECLUSE

The next stage is that of the Varnaprastha. Brahmacharya is a preparation for the life of the householder. Even so, Vanaprastha is a preparation for the final stage of Sannyasa. After discharging all the duties of a householder, he should retire to the forest or a solitary country place and begin to meditate in solitude on higher spiritual things. He is now free from social bonds and the responsibilities of life. He has ample time for study of scriptures. His wife may go with him or remain with her sons.

THE SANNYASIN OR THE RENUNCIATE

The next stage is that of a Sannyasin. When a man becomes a Sannyasin, he renounces all possessions, all distinctions of caste, all rites and ceremonies and all attachments to any particular country, nation, or religion. He lives alone and spends his time in meditation. He lives on alms. When he attains the sublime state of deep meditation he rejoices in his own Self. He is quite indifferent to sensual pleasures. He is free from likes and dislikes, desires, egoism, lust, anger, greed and pride. He has equal vision and balanced mind. He loves all. He roams about happily and disseminates Brahma Jnana or Knowledge of the Self. He is the same in honour and dishonour, praise and censure, success and failure. He is now Ativarnasrami, i.e., above Varna and Asrama. He is quite a free man. He is not bound by any social customs and conventions.

Such a Sannyasin is an ideal man. He has attained perfection and freedom. He is Brahman Himself. He is a Jivanmukta or a liberated sage. Glory to such exalted personages who are living Gods on earth!

At the present moment, the Asramas cannot be exactly lived according to the details of the ancient rules, as the conditions have changed very much; but, they may be revived in their spirit, to the great improvement of modern life. In these stages, no one should do the duty of another. The student or Brahmachari should not do the duties of a householder, a recluse or a Sannyasin. The householder must not perform the duties of a Brahmacharin, Vanaprastha or a Sannyasin. A Sannyasin should not seek again the joys of the householder.

Peace and order will prevail in society, only if and when all people do their respective duties efficiently. The abolition of Varnas and Asramas will cut at the very root of social duties. How can the nation hope to live when Varnasrama Dharma is not rigidly practised?

The students of schools, and colleges should lead a life of purity and simple living. The householder should lead the life of an ideal Grihastha. He should practise self-restraint, mercy, tolerance, non-injury, truthfulness and moderation in everything. Those who find it difficult to lead the life of the third and the fourth Asramas should, remaining in either of the other two Asramas, gradually withdraw themselves from worldly life and practise selfless service, study and meditation.

Varnasrama pertains to body alone, but not to the pure, all-pervading, immortal soul or Atman. Attain Knowledge of the Self and become an Ativarnasrami like Lord Dattatreya. Hear what he says…

“The whole world, from Mahat downwards, does not shine in Me. Everything is Brahman only. Where then is Varnasrama?”

May you all have comprehensive understanding of Varnasrama Dharma! May you all develop universal love and brotherhood! May all barriers which are made by man for his own self-aggrandisement and self-assertion and which create discord and disunion, be broken asunder!