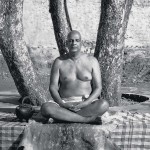 Neither do men light a candle and put it under a bushel, but on a candlestick, and it giveth light unto all…” Message of Jesus Christ.

Time is maintaining, from epoch to epoch, a delightful encyclopaedia of great personalities who leave deep footprints in her heart in rhythmic succession. This record of events originated from time immemorial which history or science could not trace.

It is always her desire to collect pearl-drops, dropped from the celestial plane, and paint out of them portraits with utmost care using her exquisite talent of muses. The picture gallery of cosmos is rich with her unique paintings which never fade but ever attract wakeful eyes. Unfailingly she accepts portraits and caricatures of personalities of momentary success in sovereignty, materialism, inventions and innovations; but, how can she exhibit them side by side with lives victorious and lives triumphant! Naturally she has to discard them.

Moses has declared, “No crown surpasseth humility, no monument a good name, no gain the performance of duty. The good man leadeth others in the right path, loveth his neighbour, giveth his charity in secret, doeth right from pure motives and for the sake of God.” In his heart dwells the Lord of Life. He is to be adored. He is to be worshipped. He has to be conveyed in the head and heart, while awake, while in slumber, while in deep sleep. He exercises undauntedly his command over the whole universe. He erects the epitome of patience through his magnanimity, generosity, benignity and gentleness. He is the pillar of endurance with self-will, dynamic energy, unswerving character and pure originality. Self-respect abodes in him not by inducing him to beat his own drum, nor by tempting him with perishable luxuries of life, nor through the Ariel’s action of carrying him to the peak and hurling him down the next moment. It is the illumination of the innermost heart with intelligence, insight, understanding and introspection. It is the synchronisation of the head and heart. Behold him there, fully enlivened. He is not dead. The sun dies not while setting. He may cast his physical body to have a slight repose. That is all. He lived, he lives and he will live.

Now watch with keen eyes, with forceful insight, the portraits of every messenger of God one by one. Jesus, the daffodil of the West, Mohammed, the oasis of the Middle East and what about the Far East, our motherland? Time, as if disgusted with the satan-swollen heterodoxy of the West, it seems, appealed with a deep sigh of disapproval to God Almighty to sprinkle a few weeds in the ancient lea of Greece and Rome from which sprang swords of heated Hedonism, Eudemonism, materialism, rationalism, daggered by a few philosophers to bring about their own ruin without leaving any substantial mission of their lives. How pitiable are they who have rendered themselves incapable of climbing the palm tree, the saying of Jesus, without a branch to cling to, nor an offshoot to rest assured of cherished growth! How pitilessly were his twelve branches massacred by the heathens!

Deeply interested in the Far East, our motherland, Time is devoting her whole time in calmly, patiently, interestingly and curiously drawing portraits of God-sent messengers, who land in this soil. She has realised the fertility of the base, the sweet aroma of the atmosphere and the sanguineness of the geniuses.

India is a far-spreading banyan tree, deeply rooted in religion, with extensive branches of Yogic philosophy and adventitious roots of philosophers. She is not tired of producing philosopher after philosopher to preach to the world the ideals of life, the mission of life, and the goal of life. And whom has she placed before us today? He is Swami Sivananda!

Men never like to keep their progeny by giving birth to lucifers, tapers and wick-lamps. And what to speak of those who are themselves orient luminosity. Such a family kindled a pillar of fire well seasoned in the womb. This was on the 8th of September, 1887, when a child was born in the extreme South of India, the secret of which not even the parents might have known. It is highly probable and it can well be asserted that He had intuited in him-the child, the self-knowledge. His birth-place, a nest of singing birds, as they call it, with an indelible stamp of Appayya Dikshitar, ever green in remembrance, encircled by a beautiful cascade than a rivulet, panoramic views of green fields and meadows all-round, sky-scraping deep blue Western ghats anon and yonder, perhaps represented a living embodiment of Madhurya Bhav and whose inhabitants, with or without conscience, merge and lie absorbed in the Lord.

Beaming forth with intelligence and knowledge and teaming with full spirit, vigour, enthusiasm and inspiration, Swamiji outwitted every one of his playmates and school-mates. He had a wonderful physique and won various prizes in school and college sports and games. Probably he might have thought that physiology should precede psychology and hence took to the profession of a doctor in 1910, and sailed to Singapore. The art of equality is hereditarily handed over to equators of justice, to bring about unity among men and material. But most of them have failed to apply it properly due to their un-understandability and want of discrimination. Doctors have in their turn picked them up and applied them skilfully in synchronising and tuning the derangements of the physical body. But Swamiji did not use this injecture intraveinous or intra-social but intra-spiritual. Having relieved thousands of patients from bodily ailments, he wanted to rescue and liberate souls struggling hard and suppressed by the pangs and horrors of present-day life.

How far can his motherland bear the infliction of his separation? Yet was she ready to accept him with conferred titles and honours which are but a jugglery of permutation and combination of the 26 letters of the English alphabets meant merely to be displayed in a visiting card or a broad letter-head? Never. Never. Is she not aware of the non-utility and the inertness of such langoolams? Further has she forgotten the genuine purpose for which she bore him?

Ideas of renunciation flashed in his mind. He felt his residence ablaze. Movables and immovables were devoured by rolling spiritual flames. Forfeiting his position and possession, mates and comrades, the all-consuming and highly passionate spiritual longing volleyed him with intense impulse and handed him the Flaming Brand.

Holding this torch and with a strong will and stern determination to scorch evils of thought and evils of conduct which hover over humanity with a word and a blow, this freshly charged luminary returned to India in 1923. On 4th January, 1924, he was initiated by a radiant sage in the order of Paramahamsas. From this moment onwards he became to be known as “Sivananda Saraswati.” Let free from the cage of Samsara, he travelled from place to place on foot, imparting valuable instructions to the inhabitants, igniting aspirants ready for consecration, and adding sumptuous fuel to the already ablazed. After a heart-contented travel, he retired to the holy summits of the Himalayas. Rigorous Tapas with severe austerities, selfless service to Sannyasins and pilgrims, untiring devotion to study, noble seriousness and regularity in his activities, all-embracing, gracious and sympathetic outlook on mankind irrespective of caste, creed or community, has made him a full-blown Yogi. The remnant sensual agitations, inert griping desires which might have stuck to some nook or corner, all took to their heels as wasps flee from the furnace. Pleasant calmness, and deep abiding peace reigning over him, solemnly he transmits his sweet, fragrant, spiritual vibrations which everyone is perforced to take a deep breath of in whatever corner of the universe he may be situated. He knows the import of all the systems of knowledge. He is endowed with good memory. His speech makes everybody spell-bound. He is an adept in duties and acts. He views everybody equally and looks always in the same pleasing manner. He is quite simple, easily accessible and looks upon every man as his own soul. Are we to lose this opportunity of obtaining his grace? Are we to forego gifts of heaven brought at our doors in the form of books penned by such a superman, books that spoon-fed us with its lucidity of style? Are we to reject the divine offer of a support to free ourselves from a steep precipice?

Just close your eyes for a few seconds. Load your mind with all your sins and propel it to Swami Sivananda. Sacrifice all your evils at this altar. Advocate Santi, Santi and Santi to all your organs. Merge in bliss for a while.

O Man! Withdraw your mind. You have not completely renounced the world yet. Switch on your ear to hear what Swamiji announces as his birthday message. Closely follow. May there be Peace, plenty and prosperity!